Where You Will Find The Best View Of The Great Migration?

Hey all travelers! Do you know what the biggest attraction of the Kenya Safari Tours is? Of course, it is The Great Migration which showcases a large number of animals migrating. You will see more than two million wildebeests, zebras, and gazelles migrated from Serengeti National Park to Masai Mara National Park. It is also known as “The Greatest Show On The Earth”.

Both the national parks have almost identical wild animals like wildebeests, Big Cats, and all other animals along with a huge number of birds.

The predators follow the grazers as they travel each year on the circular route known as the Great Migration.

Although both parks are full of wildlife, maximum travellers found it easier to spot animals in the Masai Mara National Park as compared to the Serengeti National Park.

The weather of both the National Parks is almost cold throughout the year.

The weather in Kenya varies by location, from mostly cool every day, to always warm or hot, but the climate in the coastal region is tropical.

In Tanzania, the climate is usually tropical while the coastal areas tend to be hot and humid, especially at the start and end of the dry season.

There are several options for accommodation at both parks. Aardwolf Africa Adventure Safaris offers luxury camp in Kenya Safari Tours. The camps are placed near the river to have a close view of The Great Migration.

In Masai Mara, the central region and the eastern region remain busy during the Great Migration season. So if you want to stay by Mara River, you can book in advance.

You can also book an exclusive camp in northern private concessions as these areas offer a more exclusive experience.

You will find a huge number of Hippos in Masai Mara National Park. You will also witness abundant Nile Crocodiles in Mara River. They keep hiding in river waiting for the prey as the wildebeest herds cross into Kenya.

Approximately 2000 years ago, evidence of early human establishments, including pottery and arrowheads have been discovered in the Masai Mara.

There are 600 different species of birds in the Masai Mara National Park.

You can find over 50 birds of prey, including the eagles, storks, and vultures in the National Park. There is a research center for Hyenas, as a large number of hyenas are found in the dense of the Masai Mara National Park.

Serengeti National Park covers over 30000 square kilometres of the vast ecosystem of Africa, which quiet satisfy the name. Because the name Serengeti is derived from the Maasai word siring it, which translates to “endless plains”.

This the oldest ecosystem of the earth with a large diversity of flora and fauna.

Why Choose Masai Mara Over Serengeti?

Both the National Parks have very different landscapes in terms of The Great Migration. This is not an event of seconds, rather it is a series of events. If you want to cherish the bulk adventure of Kenya Safari Tours, then Masai Mara will be great with its most natural choice for the Great Wildebeest Migration. There are many more herbivores like zebra, Giraffes, elephants, warthogs, etc who also join the event. The great migration takes place through the river Grumeti in Serengeti and the river Masai Mara which flows from Masai Mara to Serengeti.

The great migration takes place through the river Grumeti in Serengeti and the river Masai Mara which flows from Masai Mara to Serengeti.

These revers not only provide the path for the great Migration but also creates obstacles. Several crocodiles are hiding inside the water.

The Grumeti River is the first point to cross while the Masai Mara Rivers is crossed numerous times as the migration takes place from east to west.

This part of the migration route provides the scenic view for the wildlife photographers. The animals cross both the rivers where crocodiles lie beneath the water.

There are at least ten crossing spots in Mara river where you will witness this breath taking spectacle.

During the months between July and September, you will cherish these most spectacular views of the great migration during your Kenya Safari Tours.

The Masai Mara National Park is more concentrated with the wilderness. And the amazing view of the Great Migration makes it a better choice over the Serengeti National Park.

We, at Aardwolf Africa Adventure Safaris, recommend the Masai Mara National Park, for the visualization of the great migration. Masai Mara National Park has a spectacular view of this glorious event. Along with the migration, you will witness the opened Savannah land with vast wilderness during your Kenya Safari Tours. We take care of our client’s needs abiding by all the safety measures. We are offering some irresistible offers on the Kenya Safari Packages. Visit our website and grab your best. 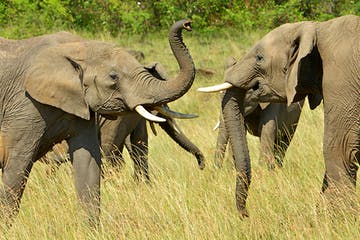 STEP BY STEP GUIDE TO START KENYA SAFARI ON A BUDGET 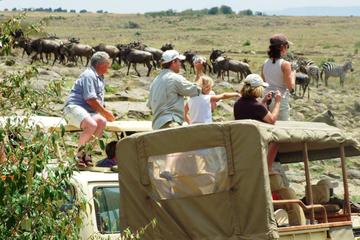 Planning A Perfect Kenya Family Safari With Kids – Here Is The Topmost Guide! 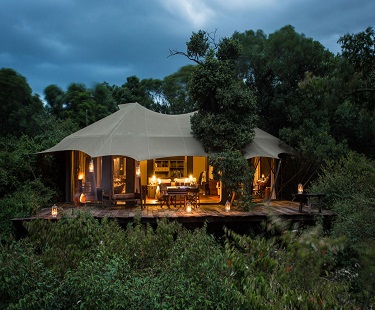 Why Kenya Is Regarded As The Ultimate Honeymoon Safari Destination?